Now, in addition to the icons that show bus stops, train stations or subway stations, Google Maps will now show more information when you click on those icons. Google Maps may now show the most recent “departure times, what lines serve a specific station, and/or a link to the transit agency to get more detail,” says the Google Blog. They do not show all this information at all locations, it currently depends on the information given to Google by the various companies.

Here is one example of a train I used to take often when attending university in Manhattan. 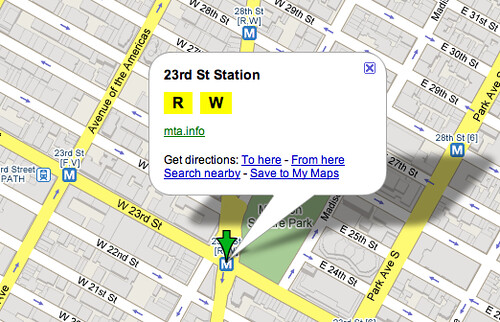 As you can see, I clicked on the subway icon and it shows me the trains that stop there are the R or W. I believe when I was attending university, there was also a stop for the N train. This example does not show departure times, but does offer a link to the MTA web site that should have these times posted on their site.

How to turn data into insights and impactful SEO strategies

How to turn data into insights and impactful SEO strategies